Rodney is a member of the Longstanton and District Heritage Society, whose interest in early coinage and what they can tell us about the people who used them was stimulated by his interest in local archaeology. 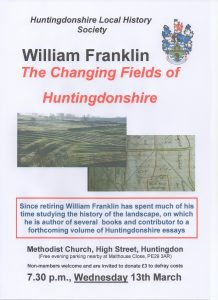 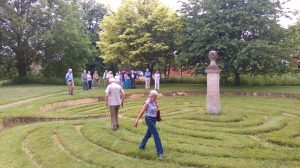 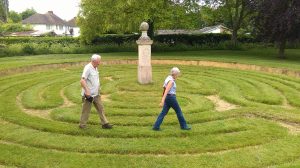 This is one of those Huntingdonshire Essentials and should be familiar to members from articles on Nicholas Ferrar and his family in Records by David Ransome. For historical background see VCH Hunts., (I 399-406). Ferrar’s spirit lives on. We shall be  tour of the house and ‘chapel’ (in fact a parish church), that together make it a very special place, by members of the community and afterwards there will be tea/coffee and cake.

Meet at Little Gidding car park, 2:30pm. Own transport. Please tell us if you need a lift and we will do our best to arrange one.

Cost will be about £5 (can be paid on the day, but at least email to say you are coming).

An opportunity to join in with the annual Cambridgeshire Historic Churches Trust led excursion to a great church, which benefits from the expert commentary and guidance of Revd. Lynne Broughton. Lunchtime opportunity to explore Southwell.

On the way back we will visit the church at Corby Glen where we will have the opportunity for a cup of tea there.